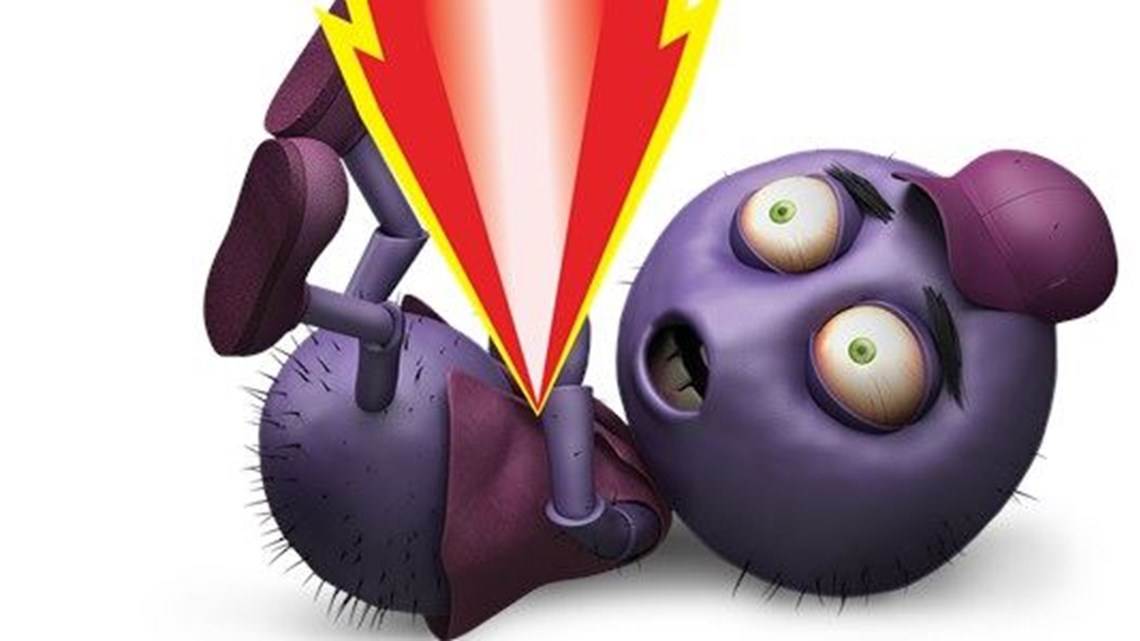 The secret life of Louie

Louie the Mosquito first landed on the scene in 1957. Born to parents Marg and Mort, he is the youngest of three boys. While he was always the apple of his mother’s eye, he was known around town as the ultimate bad egg. Everybody either knew Louie or had heard about him. He was bad, mean and mighty unclean, and he spread disease with the greatest of ease.

A star is born

If you were to ask Louie the Mosquito how his career on the small screen started, he would grumble, “Come on, I was born a star!” It’s been almost 50 years since Louie made his television debut and his reputation has grown so fierce that his first manager, Bill Graham, once described him as being “afraid of no-one — ’cept the man with the can of Mortein”.

Louie has long enjoyed his status as a philandering party animal ... or should we say ... party insect. One thing’s for sure — he lives in total squalor. Visitors to his home often compare it to a rubbish tip, something his on-screen performances have done little to dispel.

Louie’s TV career has spanned more than half a century. He has starred in numerous Mortein commercials since 1957 and (dis)graced the pages of countless newspapers and magazines. At one point, Louie was given his own spin-off cartoon series in a newspaper!

Louie was once compared to the great character actor Robert De Niro for his roguish charm and the intensity of his on-screen performances. But Louie has always played down comparisons with silver screen villains. “Are you talking to me? Are you talking to me? No, seriously, sure I’m bad, sure I’m mean and mighty unclean but at the end of the day, I’m just a mosquito that got lucky.”

A penny for your thoughts, Louie?

Q: Louie, you recently spent some time out of the spotlight — tell us what you got up to.

A: I undertook a short hiatus; having my every move recorded for all to see was never going to fly with me. Since meeting my girl on Bin Brother (where we were pestmates for two months), she has taught me the importance of staying grounded (due to a run-in with some moths she wasn’t able to use her wings for some years). I now spend my days watching A Bug’s Life with the kids and holidaying in places like BudaPest and Louiesiana — boy, those Flybuys points really come in handy!

Why do his fans love him? Some of his favourite comments on the buzzing Louie Facebook page include:

If you hear that familiar buzz right before bedtime — always the way — turn off all the lights in the room, leaving only a glow from an outside light or street light, and open the window. The fly will naturally head towards it.

A recent study found that flies were responsible for spreading dangerous E.coli bacteria onto spinach leaves. The pathogenic bacteria survived on the flies for 13 days after they picked it up via contaminated cattle manure.