In furtherance of its commitment to provide innovative solutions to make life easier and healthier, Reckitt Benckiser stepped ahead of others by launching the Mortein Voices against Malaria Campaign in 2012; an anti-malaria campaign which sought to educate pregnant mothers on how they can protect themselves and their children (age 0-5 years) against malaria. The initiative is also aimed at supporting the current effort of the Federal Government to reduce maternal and infant mortality in Nigeria to the barest minimum.

Over the years, RB Nigeria Limited has successfully reached over one hundred thousand mothers at the Primary Health Care Centres and community outreaches through this educative campaign across various states in Nigeria

In continuation of its commitment to reach out to more mothers and children in Nigeria, Mortein moved its anti-malaria campaign train to Oyo State recently to reduce the scourge of Malaria in that region to the barest minimum.

With the Mortein train fully equipped, it has begun to move from region to region within Oyo State to engage residents in their communities and at the Secondary Health Care Centres to educate them on the best ways to eliminate mosquitoes, which are the causative agents of Malaria.

To further empower residents to combat mosquitoes, RB Nigeria is also giving out free cans of Mortein Insecticides to residents in Oyo State while also enlightening them on the appropriate ways to use the insecticide, encouraging the use of Long Lasting Insecticidal Nets (LLINs) freely given to them by the state government as well as regular cleaning of their environment and drainages.

While reiterating Mortein’s commitment to putting an end to needless death owing to Malaria, Marketing Director, RB West Africa, Oguzhan Silivrili stated “Mortein has been at the forefront of the fight against malaria in Nigeria via a number of initiatives targeted at empowering Nigerians so that together we can defeat malaria. We believe malaria can be eliminated in Nigeria which is the reason Mortein owned by RB Nigeria is championing the cause for a malaria-free Nigeria”, Silivrili said.

Silivrili, while disclosing the company’s collaboration efforts on the anti-malaria campaign, mentioned that RB Nigeria has gone into strategic partnerships with the National Malaria Elimination Programme (NMEP), the lead agency of the Federal Ministry of Health on the elimination of malaria various state ministries of health and other relevant government bodies to ensure that we have a malaria-free Nigeria.

“Over years, we have gone round Nigeria with our Mortein Anti-Malaria Campaign train to equip Nigerians with the right information on how they need to protect themselves from mosquitoes and stay healthy. Our New Mum Programme(NMP) has reached approximately 5 million new moms in the hospitals since inception; we also have the mobile clinic, Health On Wheels (HOW), open market activations currently going door-to-door across Nigeria”, he noted. 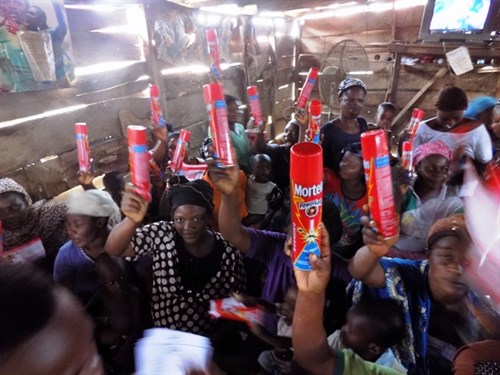 Speaking on the benefit of the enlightenment campaign, a trader, Mrs. TemitopeAdekunle residing in Boluwaji, Ibadan South-East Local Government stated, “Prior to this time, a number of people in Oyo State did not know how to prevent Malaria. However, with this campaign by Mortein, we have learnt to clean our environment, sleep under treated Mosquito nets and very importantly, use insecticide that kills hundred per cent mosquitoes- which is Mortein” 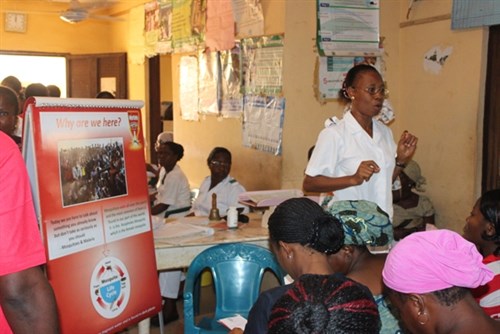 In addition, Mrs. Wilfred Igbirere, a new mum and trader stressed how she had tried other insecticides and yet did not get favorable results until she tried Mortein from which she experienced complete elimination of Mosquitoes in her home.

“Mortein is very powerful, it kills Mosquitoes and keeps me and my family protected for over a week after we spray it. I have tried other insecticides but they are all not effective. Mortein is the number one for me”. Mrs. Wilfred stated.

“As a trader, because I have experienced the potency of Mortein, I would stock my store with Mortein insecticide and when customers come to my store, I will encourage them to use Mortein” She added.